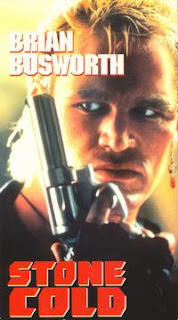 Awesome. There is simply no other word that can accurately describe this film. It's just awesome. The plotting may be pedestrian and the outdated haircuts and fashion embarrassing but Stone Cold is a simple, pure action film with intense performances and outstanding action. An often forgotten gem (except by those who have seen and appreciate it's awesomeness) Stone Cold ranks up their as a late 80s/early 90s action classic and a type of film they, unfortunately, just don't make anymore.

Former Seattle Seahawks linebacker Brian Bosworth (he of the embarrassing hair and fashion) makes his movie debut as the tough, no-nonsense cop John Stone who is ordered to infiltrate a deadly biker gang. Led by the seething and psychotic Chains (Henriksen) and his right hand man Ice (Forsythe), the gang is a brutal, outlaw group who have plans to take out certain state officials and let their power and influence be truly known. But Stone ain't gonna let them and after gaining their trust sets about executing their downfall from the inside, leading to some massive and impressive wholesale violence and destruction. 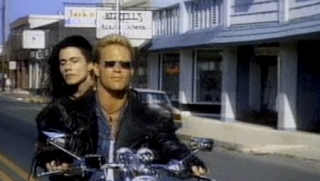 Slick, edgy and benefiting from some very good performances, Stone Cold is THE biker action flick. Everything just clicks. Well maybe not the hair and the fashion but the acting, action and pace gel to provide us with one hell of an action juggernaut. Bosworth, for a former pro athlete, isn't half bad as Stone, giving him a little more personality than the usual hard as nails cop. Yet, as always, it's the bad guys who tear up the screen. Henriksen is on fire bringing a little gravitas to nasty biker Chains but always keeping him a snarling, vicious villain that an action picture likes this needs. There's solid back up from Forsythe who is just downright nasty as henchman Ice. The cast's committed performances help to sell the authentic feeling of the biker world. The filmmakers keep this world intense, violent and dirty no matter how outlandish the action gets. 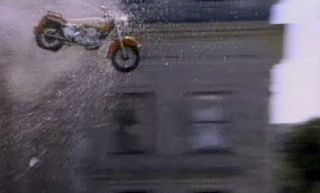 And the action is some of the best of its kind. Director Craig R. Baxley is a stunt coordinator himself and brings his considerable skill to the table. The dangerous stunts and fierce gunplay are eye popping in their execution and even cause the jaw to drop this many years on and in an age of CGI enhanced stunts. The opening shootout in a supermarket is swift and punchy, a full throttle motorcycle chase between Stone and Ice muscular and exhilarating and the finale just plain insane. Intricate stunt work and maximum firepower are ramped up in a bevy of action that sees a capitol state building besieged by angry bikers and their automatic weapons. The bit where a bike flies into a helicopter just has to be seen to be believed. Like I said: awesome.

Seriously, great fun with a cast at their best and some top notch action and stunts. Bosworth may never have made a film as good since but he gave us Stone Cold and that is good enough. And in case you didn't get it the first few times: this flick is awesome. 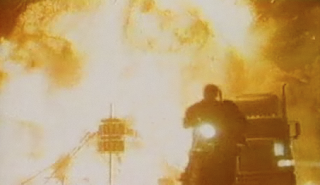 Ha Stone Cold, one of the few older movies on here that I've actually seen. Rented it a looong time ago since they filmed most of it in Little Rock, including the scene at the state capitol. It was a controversy at the time since they did some damage there during the filming - whoops!