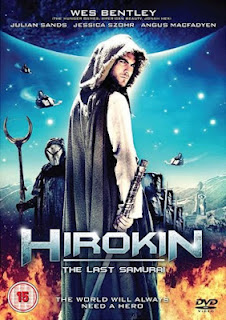 This sci-fi samurai mash up is set on a distant post apocalyptic planet and sees one time American Beauty star Wes Bentley as Hirokin, a warrior hiding in the desolate lands with his wife and child. The evil Griffin (Sands) is a tyrannical warlord spreading terror across the land with his groovy looking henchmen. Hirokin and his family are captured by the evil ruler and forced to take part in a sadistic game where Hirokin must fight to save the life of his wife. Succeeding, Griffin then kills Hirokin’s wife anyway and Hirokin flees into the barren lands. Here he hooks up with a band of peace loving desert dwellers led by the enigmatic Moss (Macfayden) who teach him a new art of fighting (so not really that peace loving after all) and Hirokin (non-surprisingly) sets out for revenge and to free the land from Griffin’s rule.

A sort of cross between Patrick Swayze’s groovy Steel Dawn and a Star Trek episode, Hirokin certainly has good intentions and tries hard but unfortunately just doesn’t have the oomph to be as, well, groovy as it wants to be. For a low budget flick it certainly looks good. The desert vistas are nicely photographed and the production design is sweet: with the bad guys decked out in particularly funky evil space garb. The story is nothing new but serves the space samurai vibe well enough and there a few moments of inventive action: Hirokin’s cool sword attached to a piece of rope that he throws, spears bad guys with and then pulls back to himself so he can do it all over again. Also the sadistic game Griffin makes Hirokin and several other unfortunate bastards play is inventive and certainly eye catching with its scorpion like blades that spear people. Cool. Unfortunately, despite all the cool design and photography the film is missing two vital ingredients for this type of flick: energy and a sense of fun.

Despite the lush photography and a few neat digital effects showing Griffin’s nifty flying desert ship (ala Return of the Jedi) the film just lacks momentum. Nothing feels urgent and the narrative just seems to plod along when it should be building tension. Plus, if you’re gonna make a space samurai flick then you’ve got to have some kind of sense of fun. However, proceedings are deadly serious with lots of serious ruminations coming from Sands and Macfayden (both hamming it up) so we know they are evil and wise respectively. Things just drone on really when they should be exciting and many of the fights are also filmed in slow-mo meaning the excitement never really arrives. Things do pick towards the end with a couple of decent if all too brief fights and there is comedy relief in the form of two bumbling villagers, who are sort of funny (I guess!). It’s nice to see Wes Bentley embracing genre fare (after turns in the likes of Jonah Hex, The Hunger Games and underrated horror fare P2 and Dolan’s Cadillac) and Hirokin isn’t a bad first try from debut helmer Alejo Mo-Sun but it could have been so much more fun.
Posted by drive2 at 14:42 3 comments: 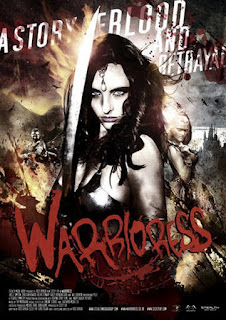 Another little shout out for a cool action flick currently in production. From the director of Ten Dead Men comes the fantasy action film Warrioress. With some wicked fight choreograhpy on display, Warrioress looks like a kick ass good time. Cool Target hopes to bring you a review once the film is completed. Show support and check out the following for info, pics and trailers: Facebook Page , www.warrioress.co.uk and @WarrioressMovie
Posted by drive2 at 14:17 1 comment:

My new review of Wind Blast at Far East Films

Click Here to read the review.
Posted by drive2 at 01:11 No comments: 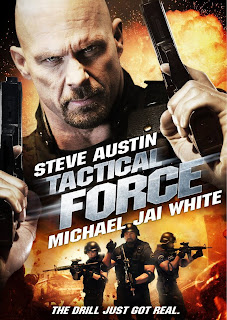 You’ll know within the first five minutes or so of Tactical Force if it is a film you’re gonna enjoy. Steve Austin and his Swat crew (including the legend that is Michael Jai White and the uber hot Lexia Doig) are called in to take out a bunch of clown mask wearing douche bag robbers holding up a grocery store. So, decked out in all the gear and brandishing an array of high-powered weaponry, the Swat team get ready to swarm the building. But instead of stealthly taking out the criminals and making sure structural damage and risk to civilian life is kept to a minimum this is what happens: Austin tells the hostage negotiator to take the night off; he then, for the lack of a better way of putting it, tells the hold up guy on the other end of the phone to go fuck himself (very professional); once they are in the grocery store Austin is faced with a bad guy holding a customer hostage with a gun to his head but instead of talking the bad guy out of killing the innocent bystander he simply throws his weapon down and charges the both of them (!), sending them flying and knocking down a strategically placed stand of (product placement) Pepsi and likewise, Jai White diffuses a similar situation by subduing the would be robber with a BB gun rifle: yes, a BB gun rifle which for reasons that only exist in B-movie action pictures he is allowed to carry into a hostage situation. If you don’t enjoy any of the above mentioned scenarios and can’t raise a smile at the hair brained goings on, then you probably ain’t gonna enjoy Tactical Force.

Now despite the distinct hint of sarcasm and piss taking in the above paragraph, I enjoyed the above scene and had a hoot with Tactical Force which while isn’t quite the high powered action film the artwork suggests (but don’t worry there is still plenty of decent kick ass action), is a fun romp that in-between bouts of kicking people in the face and fire-powered gunplay injects a welcome sense of humour. Acting as a sort of gentle send up of action films, while still being a decent one also, Tactical Force sees our Swat team scolded for all the destruction they caused and all the human lives they put in danger and are sent off to re-learn what it is to be a level headed and professional member of law enforcement (see, being a wise cracking action hero with a complete disregard for human life and fondness for wholesale destruction doesn’t always pay off!). Sent to a remote training facility to run through rescue drills they stumble onto a bunch of gun toting crooks (headed up by Stargate SG 1’s Michael Shanks) up to no good. Wise cracking, gunfire and the inevitable wholesale destruction ensue. 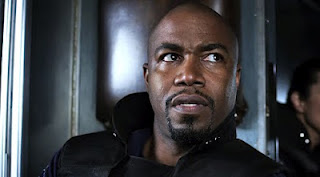 It’s the fun time that the cast seem to be having that makes Tactical Force enjoyable. Tongue firmly in cheek the film never takes itself seriously with Austin, Shanks and especially Jai White all having a blast sending up their tough guy characters. Michael Jai White (no stranger to comedy after the awesome Black Dynamite) especially seems to be having a riot and provides many of the laughs as well as a few feet to some faces. The action is punchy and full on if a little rough around the edges and while Michael Jai White doesn’t quite get to cut loose like he did in say Blood and Bone or Undisputed 2 he still has a neat, albeit brief, fight with fellow action stalwart Darren Shahlavi (also having a good time playing a complete douche of a bad guy). Austin does his thing (and even cracks a smile on a couple of occasions) has a few nice brawls where he gets to smash bad guys through walls and there is plenty of automatic weapon gunplay to sate the action fan as well.

Even the ridiculous and irritating amount of F-bombs, the incredibly annoying editing tricks and Avid farts (ugh, stop this already!) and the fact the characters do, on occasion, spend way too long waffling on and on about this and that when they should be kicking ass and blowing shit up, doesn’t ruin Tactical Force from being the trashy fun it is. Plus, any action film in which Michael Jai White names his bazooka after his grandma and emits the quite, quite amazingly hilarious one-liner, “Eat my grandma” when he uses said bazooka is alright in my book. And if you’re a fan of action films and B-movies (and don’t take yourself too seriously) then it should be ok in your book too.
Posted by drive2 at 04:16 1 comment: 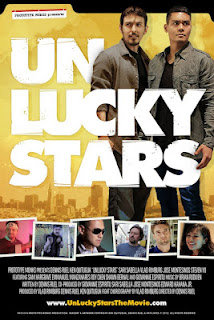 A slightly different post here. Just want to give a shout out to an action film currently in production called Unlucky Stars. Written and directed by Dennis Ruel (the martial arts whizz and chief bad guy from the Stunt People's awesome film Contour), the flick is a throwback to the golden age of Hong Kong action cinema i.e. a bit of comedy, some fun characters and a whole load of high impact martial arts action.

"When Peru's Biggest Action Film Star and Jordan's newest rising talent find themselves pursued by a notorious Bookie, a couple of private investigators are forced to choose between their job and their conscience."

Check out the trailer Here

The film isn't quite finished yet but judging from the trailer is on its way to being a fun time with some wicked fight action. We hope to bring a full review of the flick here on Cool Target once the film is completed.

You can check out the film's website Here and the official Facebook page for the film Here and if you want to help the guys out with finishing the film or know someone who can then follow this Link
Posted by drive2 at 03:47 No comments: 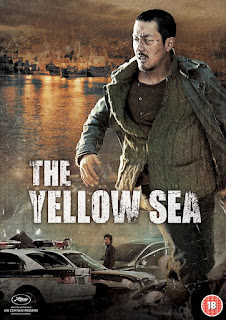 My new review of The Yellow Sea at Far East Films

Click Here to read the review.
Posted by drive2 at 11:54 No comments: 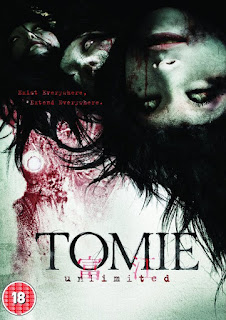 My new review of Tomie Unlimited at Far East Films

Click Here to read the review.
Posted by drive2 at 11:43 No comments: